The best places to live on the Costa Blanca

Home Blog The best places to live on the Costa Blanca 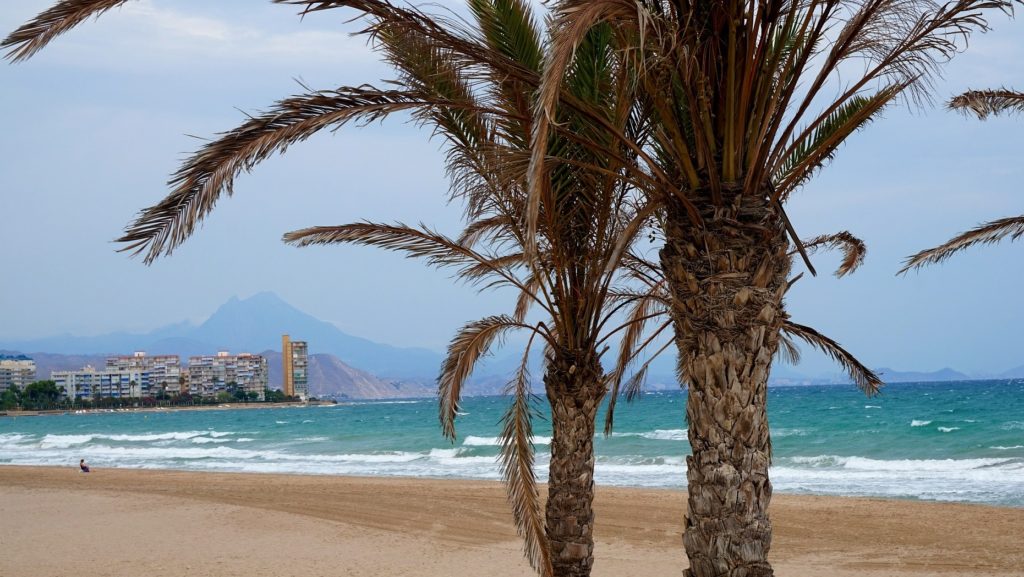 Amazing weather, a more relaxed lifestyle, and a lower cost of living are just a few of the reasons people emigrate to Spain.

If you are considering packing up and moving to sunny Spain, it’s important to do your research on which part of the country you’d like to live. The Costa Blanca (the ‘White Coast’) is a popular destination for many expats, and with an average of 320 days of sunshine a year, beautiful sandy beaches, and dramatic mountain landscapes it’s not hard to see why.

The Costa Blanca covers 120 miles of coastline stretching from Gandia in the North down to Murcia in the South. The terrain in Costa Blanca North is mountainous, hilly and green and home to places such as Benidorm, Xàbia (Jávea), Denia and Alicante. Costa Blanca South is flatter with hotter temperatures and excellent sandy beaches such as those in Guardamar del Segura, Torrevieja and Orihuela Costa.

With something for everyone, it can be difficult to pinpoint exactly where on the Costa Blanca you want to settle. There are many towns, villages and cities to choose from, so to help you narrow down your search we have listed a few locations in the South of the Costa Blanca that are perfect for those looking at relocating to Spain:

Just under 30km outside of Alicante, you’ll find the historic town of Elche (also known as Elx), famous for its palm tree groves and shoe factory. The Elche Palm Grove ‘Mil Palmeras’ was proclaimed a heritage site by UNESCO in 2000 and is home to over 200,000 palm trees.

Elche is the third most populated city in the Valencian community, after Valencia and Alicante, with the main part of the city 11km from the coast.

If you are relocating to Spain with children, the Miguel Hernández University of Elche is ranked the 5th best university in Spain. The main languages spoken in this area are Castillian and Valencian, so bear in mind that children will be required to learn both languages at school.

The city of Elche has a rich history having been inhabited by the Greeks, Romans and Moors, whose influences can be seen in the city’s architecture. There are lots of museums and churches where you can see examples of the town’s history.

Elche is ideal for those who want to live in a Spanish town with a rich history and the beautiful Mil Palmeras palm tree park.

Properties in the town of Elche are made up of apartments, whilst the outskirt is full of fincas (country properties). House prices in Elche are higher than other cities on Costa Blanca.

Take a look at our properties for sale in Elche.

Guardamar is just 35km south of Alicante Airport and is home to an 11km long stretch of white sandy beach as well as large areas of pine trees.

In July and August, the population of Guardamar doubles when tourists from across Europe arrive to take advantage of the fantastic beaches and warm weather. The coastal town is a fairly a quiet place to live in the winter, but it does have year-round services such as restaurants, bars, shops and banks.

Guardamar’s inhabitants include those from countries such as Britain, Scandinavia and western Europe, and is the southernmost point on the Costa Blanca where Valencian is spoken.

The weekly market held on Wednesdays sells fruit, vegetables, clothing, furniture and more, and is very popular with the locals.

Guardamar is ideal for those who want to live right by the beach and have warm weather all year-round.

Properties in Guardamar del Segura are made up of various apartments, townhouses and detached villas. House prices in Guardamar are higher than other cities on Costa Blanca.

Take a look at our properties for sale in Guardamar del Segura.

Rojales is a typical Spanish village 15 minutes away from the wonderful sandy beaches of Guardamar and 20 minutes from Torrevieja.

There are many residential urbanisations surrounding the town centre and also several championship golf courses in the area, including La Marquesa in Rojales, popular with expats. Nearby towns and villages include Benijofar, Ciudad Quesada, Algorfa and Almoradi, all of which have large expat communities.

Rojales is home to traditional cave homes, some of which open to the public with music and art displays, and also a local museum and lovely village square. There’s a good assortment of shops, supermarkets, bars and restaurants in the area including English and Irish bars. On Thursdays, Rojales becomes a hive of activity when the weekly market takes place next to the river.

Located 35 minutes from Alicante airport and 55 minutes from Murcia International airport Rojales is an easy destination to get to, making it popular with expats from all over Europe.

Rojales is ideal for those who want to be near other expats but still in a traditional Spanish village.

Properties in Rojales are made up of various apartments, townhouses and detached villas. House prices in Rojales are lower than other cities on the Costa Blanca, depending on what type of property you are looking for.

Take a look at our properties for sale in Rojales.

The seaside city of Torrevieja is a popular tourist destination due to its sandy beaches and good year-round climate.

Torrevieja is home to a large number of British, Irish, Germans and Scandinavians, as well as many Spanish having a second home in the city. This means there are a good number of bars and restaurants catering to all nationalities.

There are plenty of beaches to visit in the area, the southernmost is Playa de los Náufragos, in the city center you’ll find Playa del Cura and Los Locos, and in the north of the city is La Mata.

Originally Torrevieja was a salt-mining and fishing village as it is located between the sea and two large salt lakes – one famous for its pink coloured water.

Torrevieja is ideal for those who want to live in a lively seaside town.

Properties in the centre of Torrevieja are mainly made up of apartments, whilst the nearby urbanizations contain many townhouses and detached villas. House prices in Torrevieja are lower than other cities on Costa Blanca.

Take a look at our properties for sale in Torrevieja.

Villamartin is an urbanisation in the Orihuela municipality of Costa Blanca South. Close to three championship golf courses – Campoamor, Las Ramblas and Villamartin – the area is popular with expats from Britain and Northern Europe.

Nearby you’ll find lots of beaches that have been awarded the European Blue Flag for cleanliness, including La Zenia, Cabo Roig, Playa Flamenca and Campoamor.

The Villamartin plaza is a popular place for residents and tourists alike, with a black and white checked square surrounded by shops, restaurants, bars and cafes. The largest shopping centre in the Alicante province, La Zenia Boulevard, is located less than 3km away with regular buses going between the mall and Villamartin.

For those relocating to Villamartin with children, the town has an excellent independent international school, El Limonar, that follows the British curriculum and has been named as one of the best schools in Spain.

Villamartin is ideal for golf lovers and those who want a lively location with an international feel.

Properties in Villamartin are made up mainly of apartments but there are also townhouses and villas to be found. Property prices in Villamartin have stabilised over the last year or so and are lower than other cities on Costa Blanca.

Take a look at our properties for sale in Villamartin.

Callosa de Segura is a very traditional Spanish-speaking town located north-west of Orihuela situated an hour from Alicante airport, 45 minutes from Murcia International, and 30 minutes from the beaches of Guardamar.

The Sierra de Callosa mountains provide a dramatic backdrop to the town, with some of the houses creeping up the side of the mountain. Many of the town’s buildings showcase its medieval Muslim history. High above the town stands the Saint Roque Hermitage and the castle of Callosa with histories dating back to the 16th century.

The town has just over 18,800 inhabitants which is made up of a mixture of Spanish and other nationalities.

Callosa de Segura is ideal for those who want to live in a more traditional Spanish town and don’t mind being a short drive from the beach.

Take a look at our properties in Callosa de Segura.

If you are searching for a property on the Costa Blanca take a look at all of our available properties in the towns mentioned above as well as lots more including Algorfa, Benijofar, Catral, Orihuela Costa, San Miguel, Murcia and more.